In case of geothermal heat pump systems utilizing thermal heat there are two possible ways of installation. The one is a 60 to 100 m deep vertical borehole heat exchanger while the other one is a horizontal ground collector system.

In order to avoid the technical and financial over- and undersizing of the system in case of designing large systems we make response tests in every case and decide on the number of borehole heat exchangers to be drilled on basis of the territorial conditions and required efficiency. 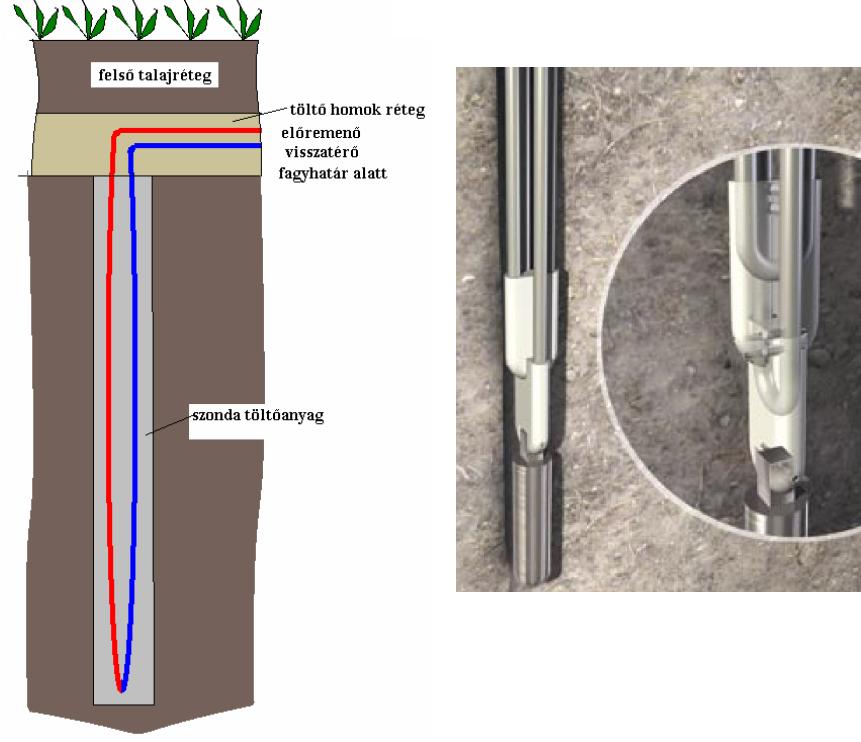 The most important element of the primary circle of borehole heat exchanger (BHE) system is to define the necessary length, number and distance of the boreholes. In case of smaller systems (until 30kW capacity) the VDI 4640 guidelines stipulate simple data for sizing, the specific heat extraction capacity of the borehole heat exchangers can be calculated from the data given in the chart below. 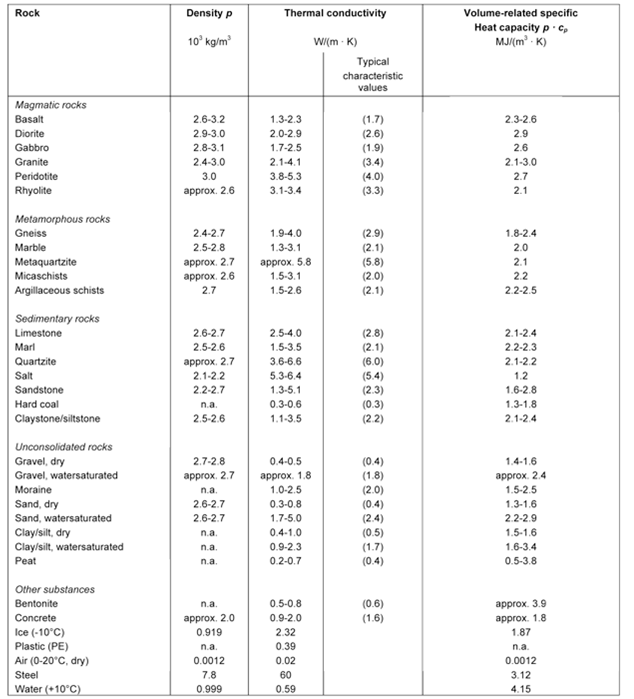 The simplified chart prepared on basis of the referred VDI standard shows the difference between the soil types and specific heat extraction capacities: 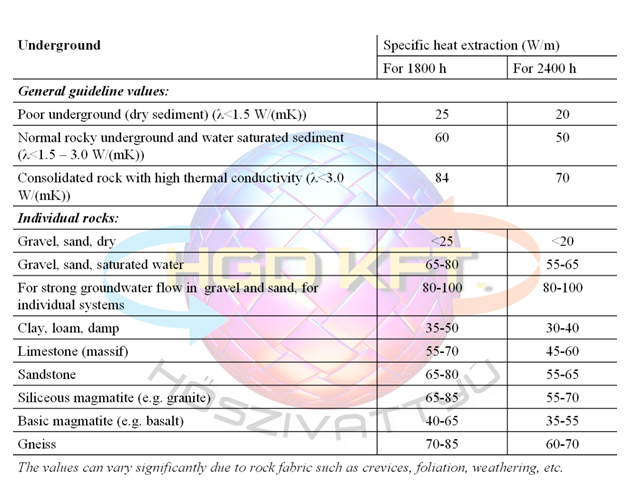 When designing heat pump system the problem is that when the extracted heat output from primary side is determined also in case of large investments (30kW) by applying the rule of thumb. Unfortunately, this bad practice led to oversizing of the heat pump system and led rarely to undersizing that reduces the efficiency of the heat pump system respectively increases the costs of investment and operation. The length and number of BHEs calculated by preliminary assessment can be associated with errors from 25 to 40 % depending on local geological conditions. Therefore, we recommend that every heat pump geothermal system over 30 kW should be designed with the help of Thermal Response Test so that the designing of the heat pump system will be much more geologically reasonable.

Thus, the BHE field can be optimized by conducting this test and so the installation and operation of the subsequent heat pump system will be not only cost efficient but also reliable in the long run. The heat quantity from shallow geothermal drilling is defined by the geothermal BHE-testing device developed for this purpose.

During a response test, the preliminary heated fluid is circulated in the installed BHE and the changes in temperature are continuously recorded. These changes are depending on the special geological conditions especially on the thermal conductivity and the time passed. During the test the inlet and outlet fluid temperature, the ambient temperature and the heating efficiency should be recorded. The evaluation of the test results is done using the Kelvin line source equation. The so-called equivalent thermal conductivity (λ) is obtained by solving the differential equation of the heat transport with the equation as follows: